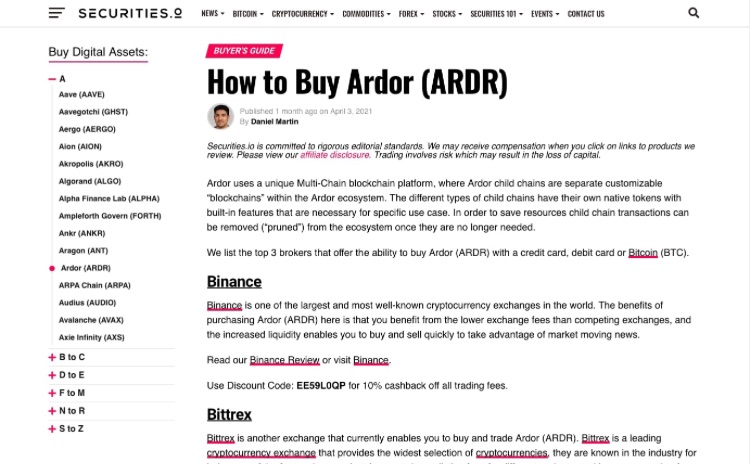 How to Buy Ardor (ARDR)

Securities.io: Ardor uses a unique Multi-Chain blockchain platform, where Ardor child chains are separate customizable “blockchains” within the Ardor ecosystem. The different types of child chains have their own native tokens with built-in features that are necessary for specific use case. In order to save resources child chain transactions can be removed (“pruned”) from the ecosystem once they are no longer needed.

We list the top 3 brokers that offer the ability to buy Ardor (ARDR) with a credit card, debit card or Bitcoin (BTC): Binance, Bittrex and Huobi. 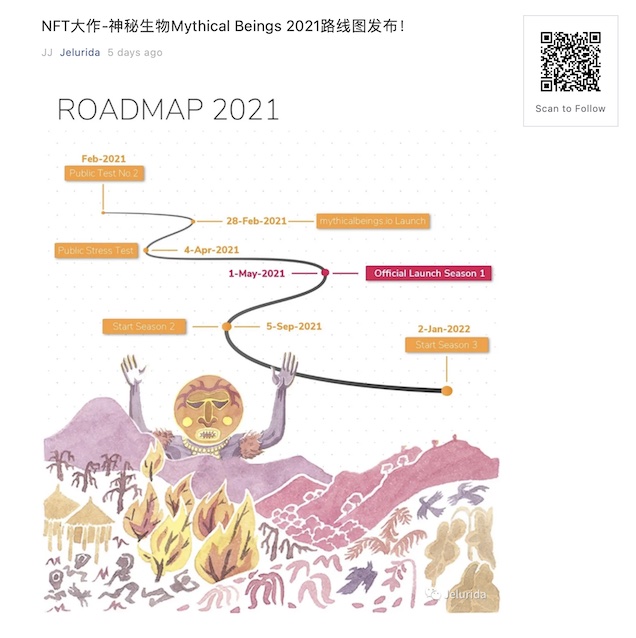 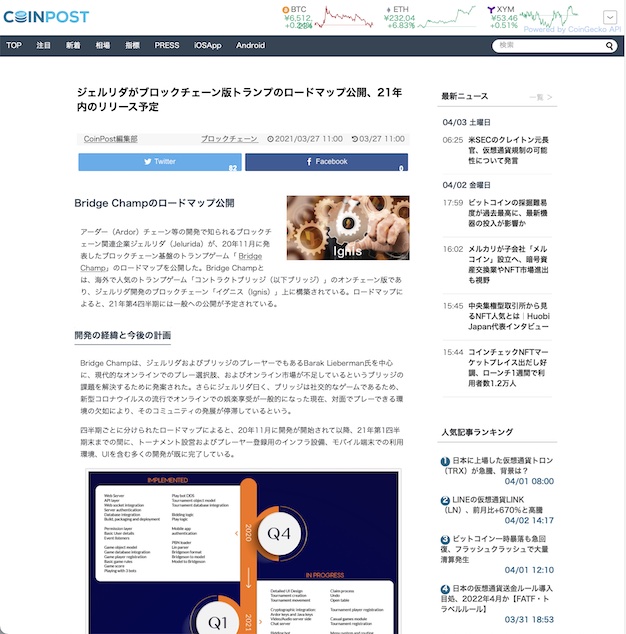 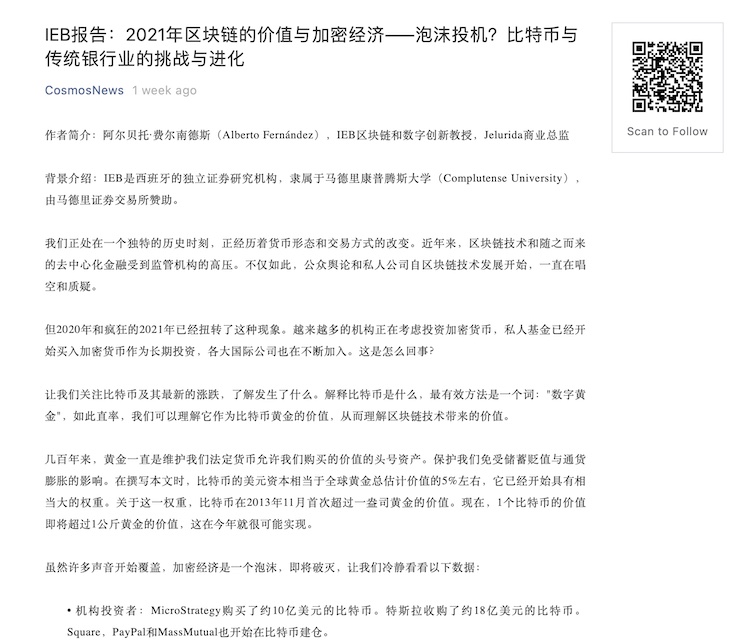 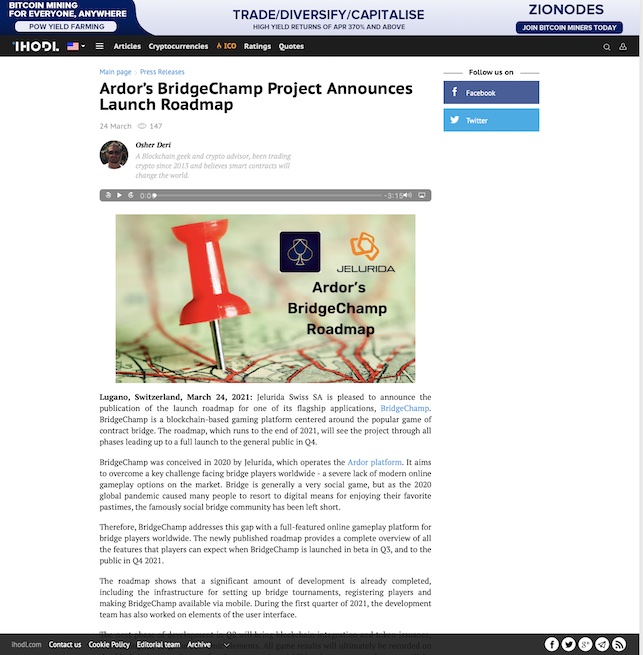 IHodl: Jelurida Swiss SA is pleased to announce the publication of the launch roadmap for one of its flagship applications, BridgeChamp. BridgeChamp is a blockchain-based gaming platform centered around the popular game of contract bridge. The roadmap, which runs to the end of 2021, will see the project through all phases leading up to a full launch to the general public in Q4.

The newly published roadmap provides a complete overview of all the features that players can expect when BridgeChamp is launched in beta in Q3, and to the public in Q4 2021. The roadmap shows that a significant amount of development is already completed, including the infrastructure for setting up bridge tournaments, registering players and making BridgeChamp available via mobile. During the first quarter of 2021, the development team has also worked on elements of the user interface.

Crypto News Flash: Swiss blockchain company, Jelurida, has announced a deeper strategic collaboration with Simplex, the market-leading fiat infrastructure for crypto onramps. Users can now buy these blockchain’s native currencies through Simplex’s platform. Partnerships like these make it much easier for users to access a huge range of cryptocurrencies via fiat money.

This partnership between Simplex and Jelurida confirms the mainstream appeal of cryptocurrencies. Users can now purchase NXT the native currency of the iconic first pure proof of stake blockchain Nxt and IGNIS the currency of the Ignis permissionless child chain of the Ardor multi-chain platform, through Jelurida’s website or Simplex’s partner network. As Jelurida agreed with Simplex to offer the same exposure to these currencies as the company does to Ardor and ARDR, an important milestone has been reached. Strengthening this partnership confirms that Jelurida wants to encourage new implementations through the Nxt, Ardor, and Ignis blockchains. 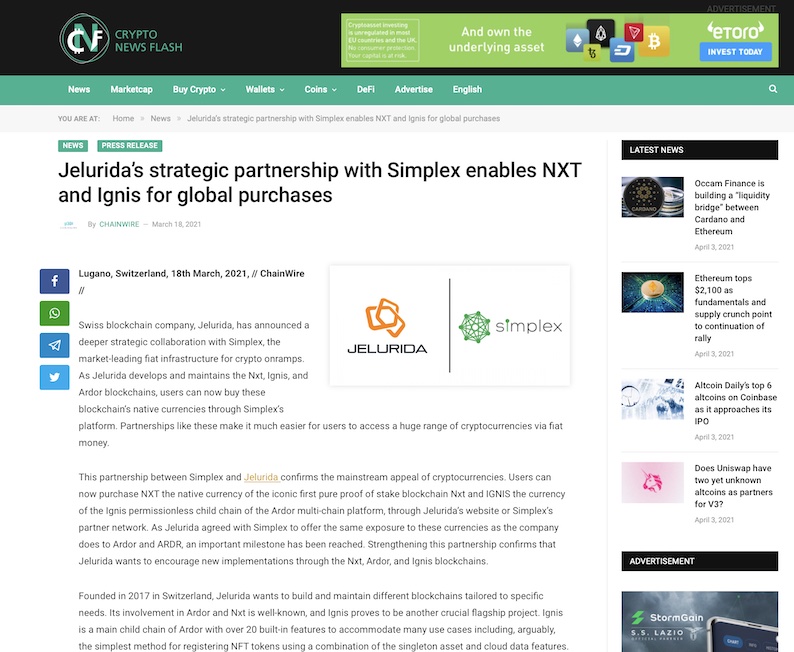