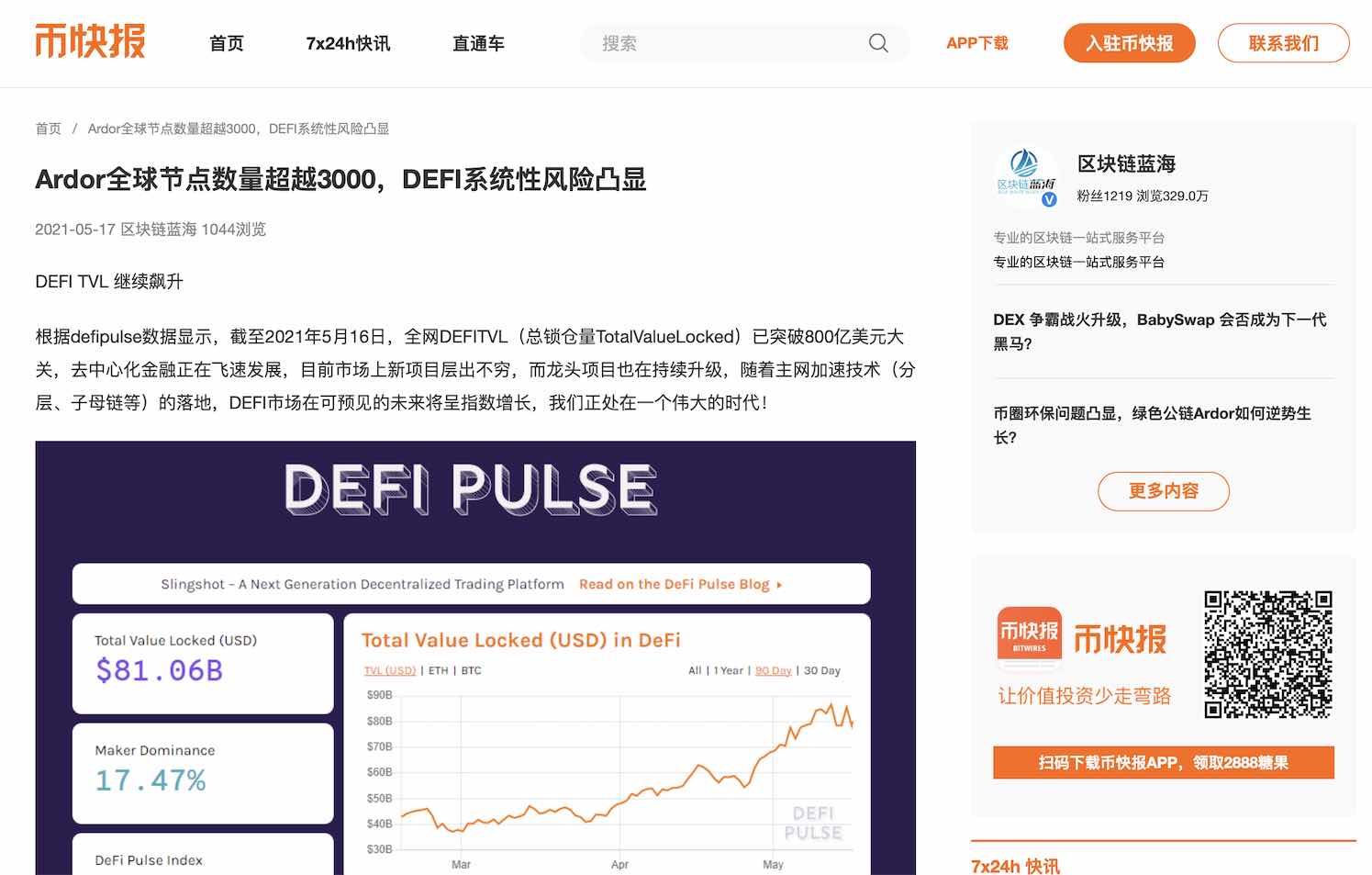 BTCManager: One project that stands out is Jelurida, a Swiss software firm responsible for both the Ardor and NXT blockchain networks. Although both ecosystems have been around for a bit, they distinguish themselves in various ways. The Ardor ecosystem, with its multi-chain infrastructure, addresses a crucial drawback of blockchain technology: scalability. Its parent chain links to customizable child chains, allowing for various use cases to be explored independently of one another. 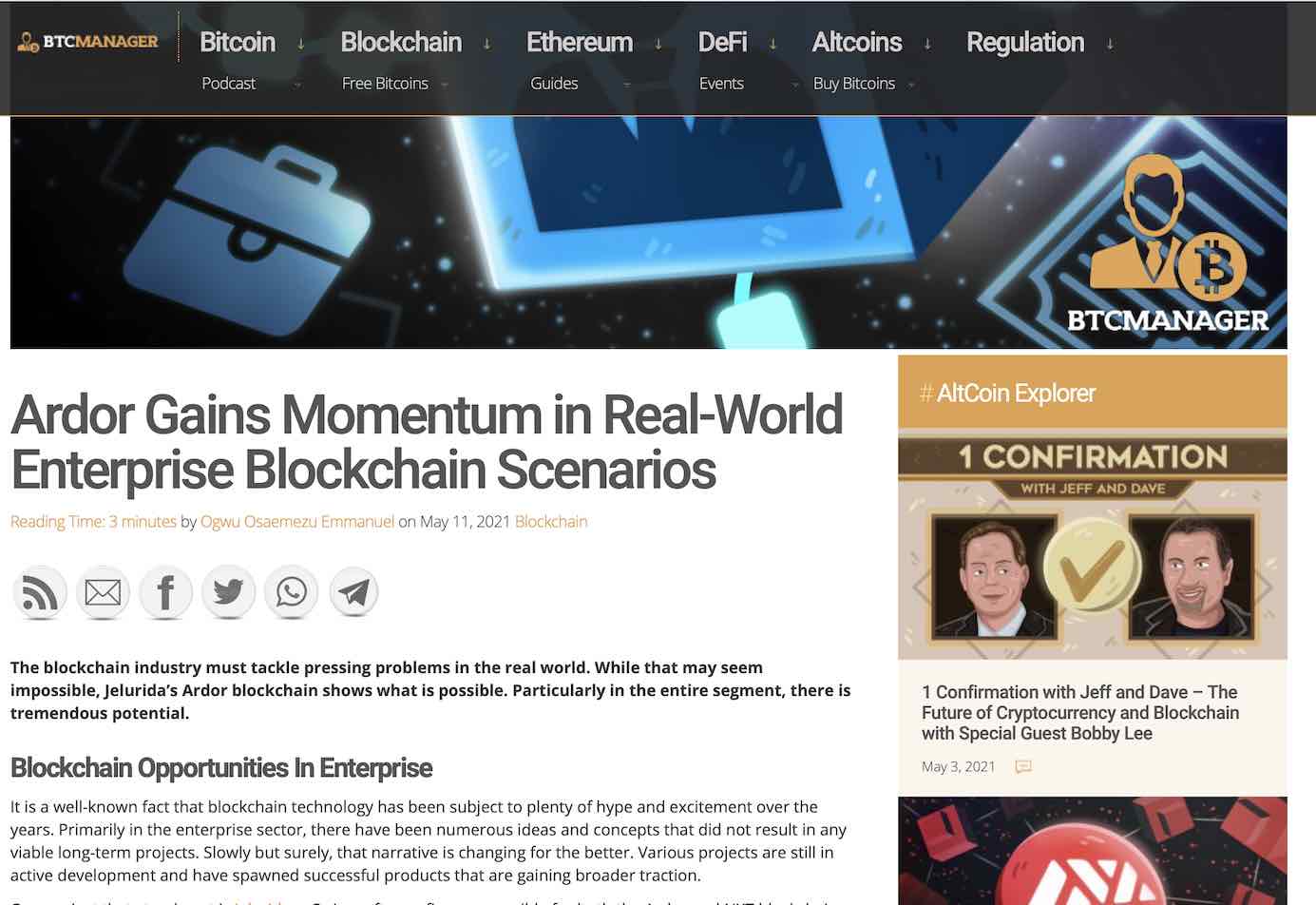 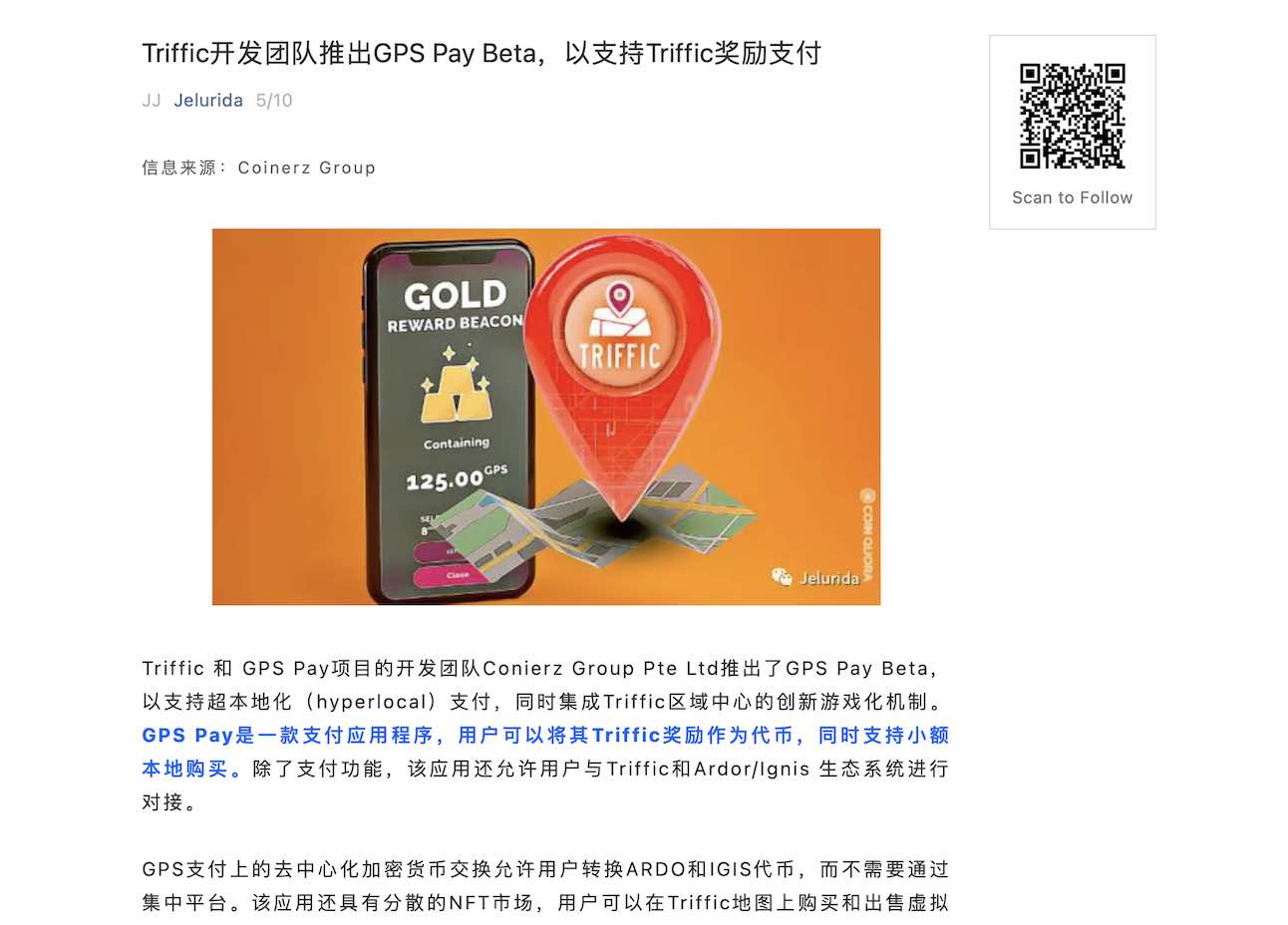 Cointelegraph: Lior Yaffe, a co-founder of blockchain software company firm Jelurida, pointed out to Cointelegraph that by combining Schnorr signatures and Merkelized Abstract Syntax Trees, or MAST, Taproot is able to convert the representation of complex Bitcoin transactions, such as multi-signature transactions and transactions used to set up a Lightning channel, to look just like a regular Bitcoin transaction when submitted on-chain. 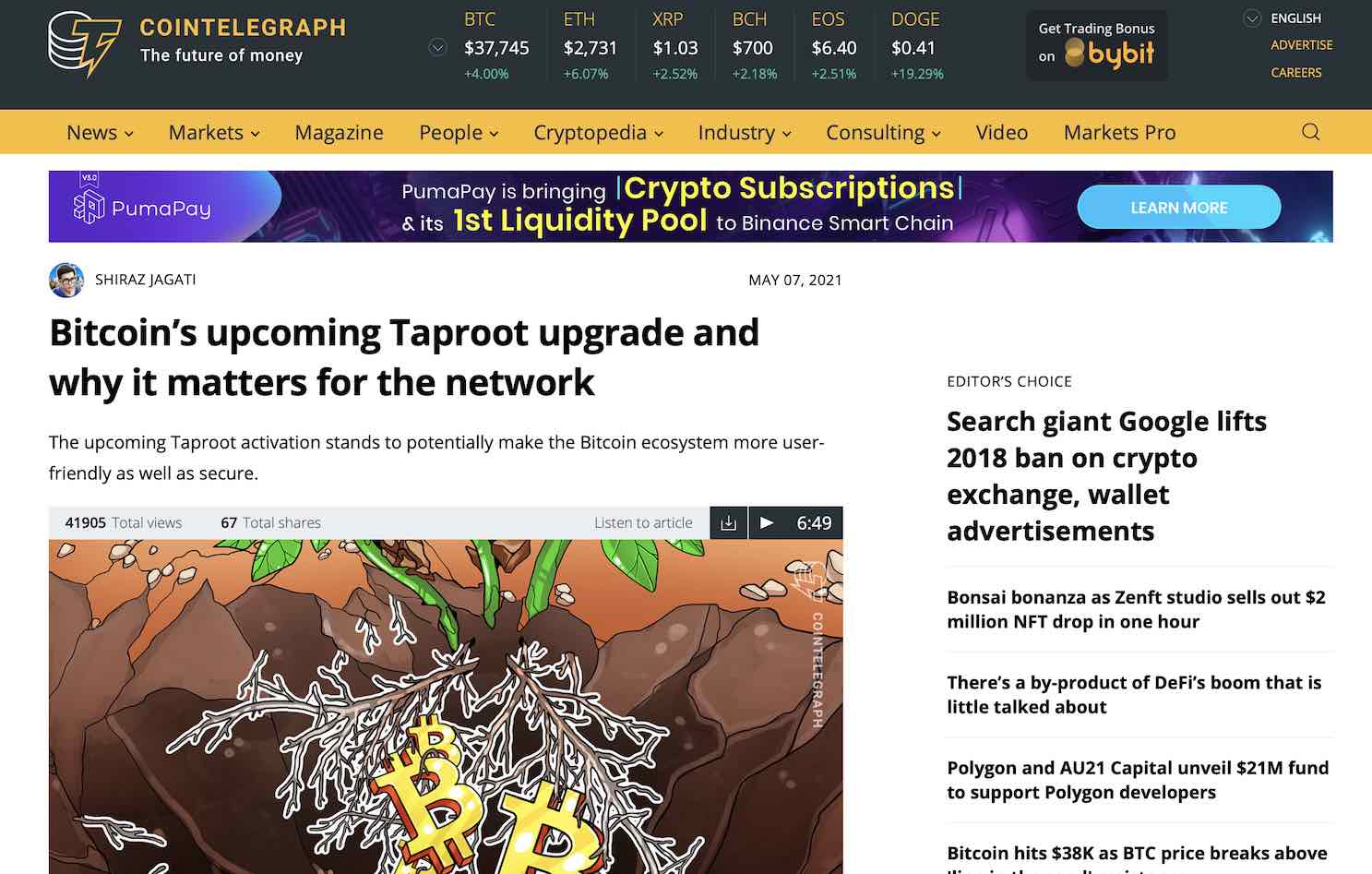 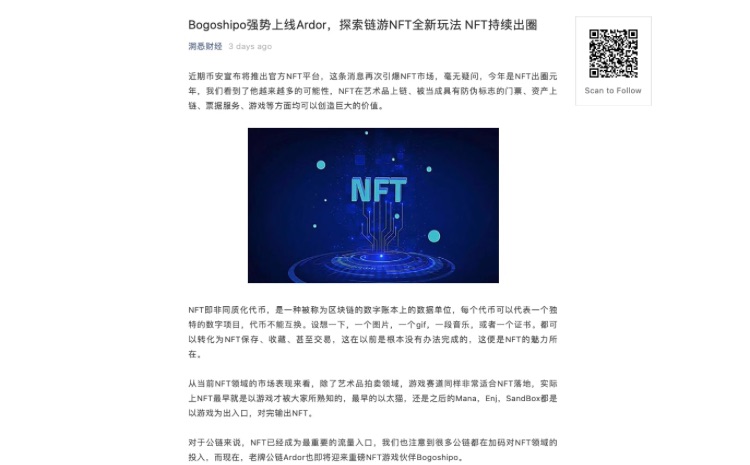 Bitcoin.com: ...Not to be left out of the conversation, Jelurida co-founder Lior Yaffe, developers of Nxt the original PoS-based open-source blockchain, opined on the matter, highlighting that the networks he maintains already address the very issue Musk raised. Yaffe explains:

"As one of the core developers of the first pure PoS coin Nxt, and its multichain spinoff Ardor, I’m happy to see that Elon has finally realized that there is no need to burn fossil fuels in order to maintain a decentralized token of value." 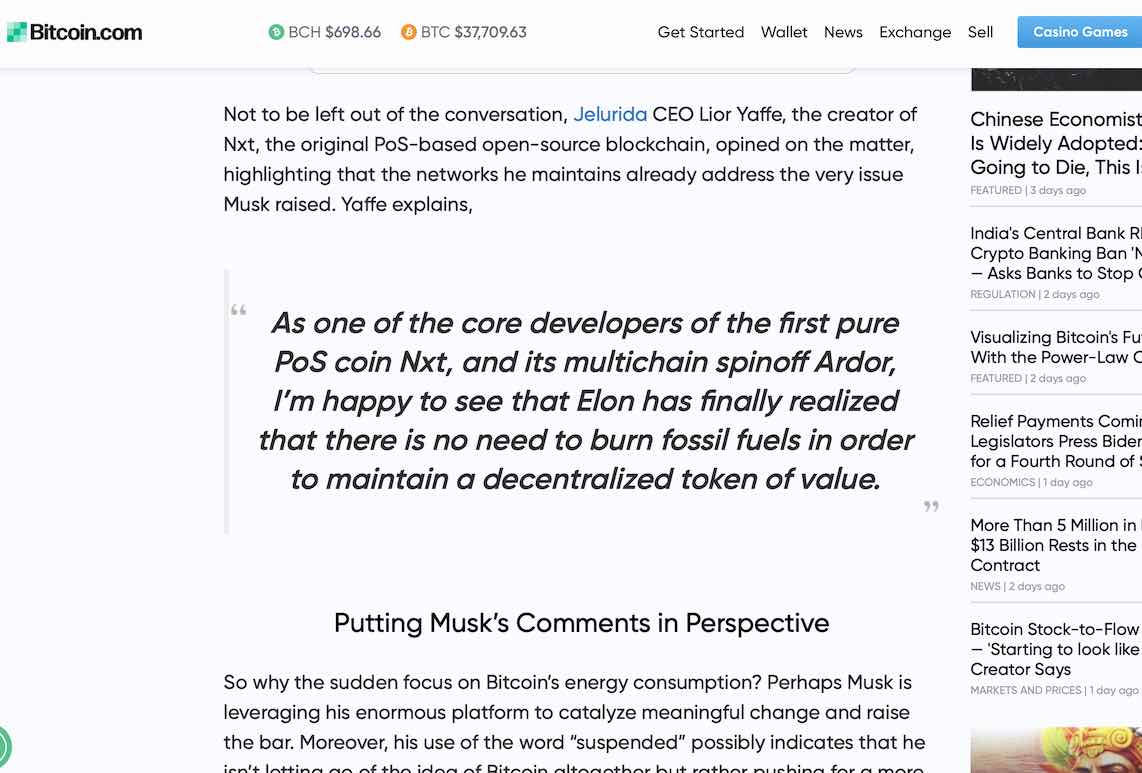