Ardor Vs. Polkadot – Can an established platform stand up to the new newcomer?

Bitcoinist: It’s worth noting that the Polkadot mainnet is still on a critical development path, with several phases yet to come. The current phase has launched the Nominated Proof of Stake consensus model, with future iterations due to launch full governance and functionality for its central Relay chain. In contrast, the Ardor blockchain has been up and running since January 2018. The period since launch has allowed plenty of time for the project to develop out its mainnet, with the most recent upgrade rolling out improvements, including permissioned child chains and Ignis, the most popular child chain. 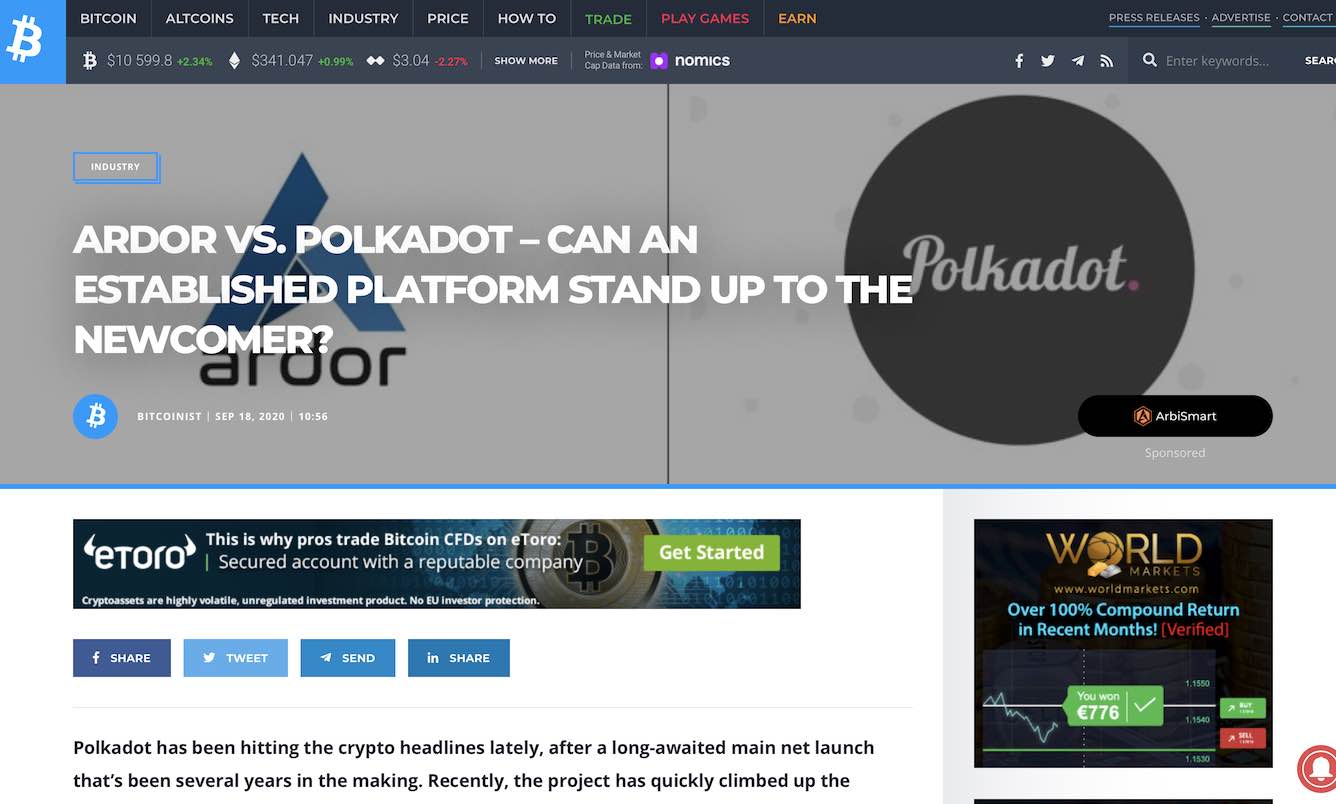 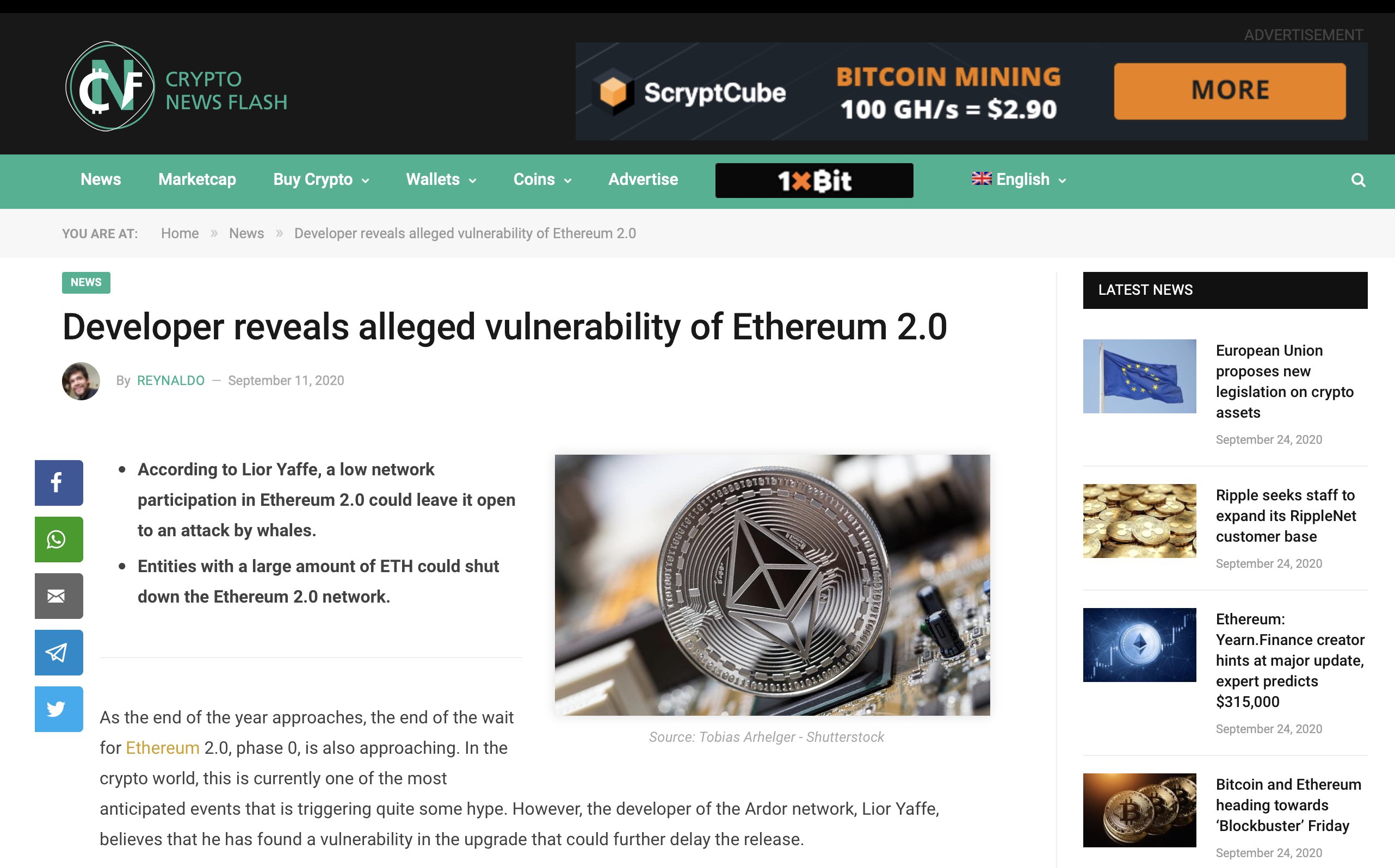 Crypto News Flash: The developer of the Ardor network, Lior Yaffe, believes that he has found a vulnerability in the upgrade that could further delay the release. In an interview, Yaffe explained how one of the most repeated concerns, the lack of security and centralization, could become a reality for Eth2.0. Yaffe is a participant in the latest public multi-client testnet for Ethereum 2.0, known as Medalla. While studying some situations that have occurred in the testnet, Yaffe came up with a scenario in which the network is attacked by an ETH whale.

Cointelegraph: Ardor runs on a parent and child chain structure, which offers improved throughput compared with a linear blockchain like Bitcoin or Ethereum. This structure can be compared to Ethereum 2.0’s sharding mechanism, where Ethereum’s Beacon Chain will have sharded chains operating as substructures in parallel with one another. However, Ardor launched with another critical feature built in that is often overlooked by blockchain core developers: Ardor child-chain operators can issue their own native tokens, which are compatible with the parent chain. 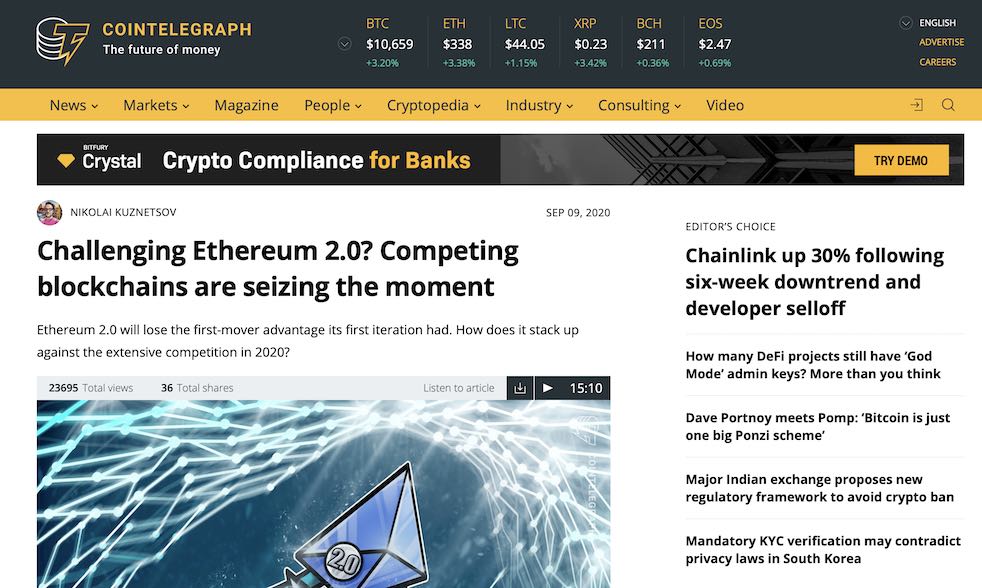 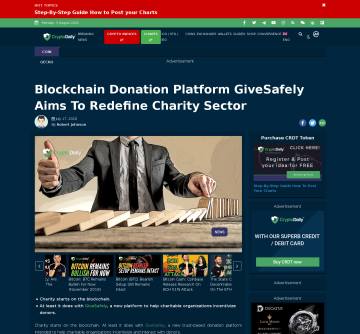 Cryptodaily.co.uk: Charity starts on the blockchain. At least it does with GiveSafely, a new trust-based donation platform intended to help charitable organizations incentivize and interact with donors. The project has been in the works for over a year, following conversations with accredited charities. GiveSafely will list only BBB-accredited charities and use TrustTokens to dispense rewards (gifts, online experience) that incentivize donors and tie them to charities’ objectives in relatable and engaging ways. All donors’ personal information is secured by the Ardor blockchain, with donations and donor data flowing directly to the relevant organizations.

Cointelegraph: Max Crowdfund, a blockchain-powered real estate crowdfunding platform connecting property developers and investors, has received approval from the Financial Markets Authority in the Netherlands. The platform will be powered by Jelurida’s Ardor blockchain, with Kekem emphasizing its “multichain architecture” in allowing companies to “spawn their independent child chain” from the platform as appealing to MPG’s needs. 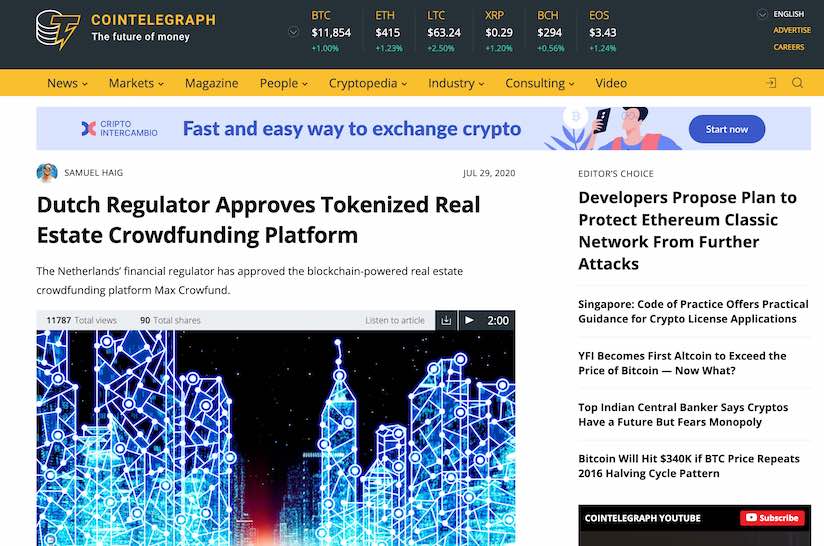 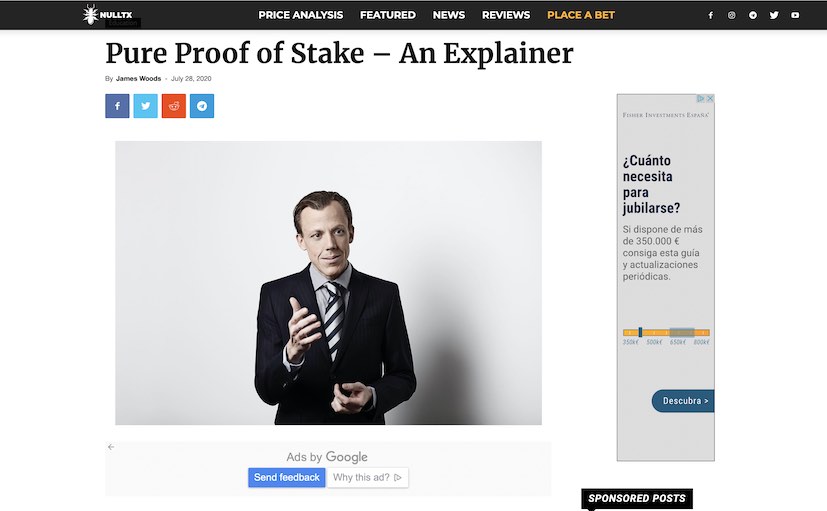 Pure Proof of Stake – An Explainer