Last week old and new Nxt members once again united to protect the rightful place of Nxt in the blockchain history as the first pure proof-of-stake platform - as we all know, Nxt launched back in November 2013 bringing a significant technical innovation part of which was the pure proof-of-stake consensus algorithm. Although this is a historical fact, another cryptocurrency project (Algorand) has decided to "use" the same term describing their own technology. This has not gone unnoticed by both Nxt community and the Jelurida team. Core developer Lior Yaffe felt compelled to set the record straight and posted a Twitter thread on the subject. Immediately his initiative was supported not only by our community members but also by all crypto veterans who have witnessed these events and by many crypto influencers such as Ivan on Tech, Nick Cote, Bitlord, Wendy O and many others. Crypto media also reflected on the issue with CoinCodex, Cointelegraph and iHodl covering the subject. We are very grateful for the enormous support we received and we hope that Algorand will respect the facts and stop trying to mislead the users and misrepresent itself as "the first pure PoS blockchain" although no comment from their side has been made so far.

EIT Urban Mobility - a key pan-European partnership bringing together businesses, education, research institutions, and cities, and Jelurida’s blockchain experts have joined efforts in organizing an event focused on startups using the blockchain technology in the mobility sector. The event will happen in July and the application for startups is open until this Thursday, June 11, 00:00 UTC so hurry up and apply now!

CryptoPlaza - the most famous crypto and blockchain co-working hub, announced to have deployed their official Ardor node. It will be used by the community and will be part of the CryptoPlaza DAO ecosystem, stay tuned for more details in the coming days!

After being part of the previous South Summit editions and/or attending its conferences, this year Francisco was once again present on the June 3rd event called Virtual South Summit in Fintech - digital joint initiative created by South Summit and IE University which gather all the top players in the industry, included content with the best professionals in the sector and a startup competition in which the most disruptive startups shared their projects in front of top notch investors and corporates.

The HotCity project gets a mention by Decrypt.co

HotCity - one of the most promising projects building on Ardor and Ignis, was mentioned by Decrypt in its article titled "How blockchain is tackling a mountain of electronic waste". Explaining how easy and energy efficient is to use Ardor, Alexander Pfeiffer also added that "the game [HotCity] could just as easily be used to address e-waste, with citizens scavenging in their metropolises for old SCART plugs or burned out electric cars".

After making available the Ardor Ledger App in the experimental feed of Ledger Manager software for users of Ledger Nano S, the Ledger team has now included the Ardor app for users of Nano X too. As we reported before, the upcoming Ardor release will make the integration with the hardware wallet possible giving a completion to many months of work from our developers.

MPG to be listed soon on Tokok Exchange

MPG will soon be listed on Tokok cryptocurrency exchange. This was shared by Max Property Group also in their latest newsletter with a reminder that the second round of the trading competition on Probit is also underway and will last until June 30. More about it you can find out from the announcement. 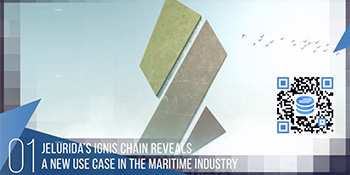 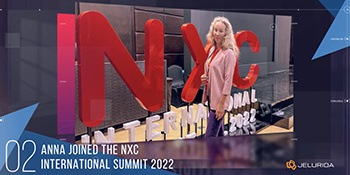