Nxt is the first pure proof-of-stake blockchain and a "second generation" of cryptocurrency designed to expand the use of blockchain technology beyond the simple transfer of value. Soon after Bitcoin launched, it became apparent that the advantages of this revolutionary technology could be applicable in a variety of cases where transparency, immutability and disintermediation is of utmost importance. Nxt was a pioneer in exploring these capabilities.

Launched on November 24, 2013, the platform has run perfectly ever since with 100% uptime and without security problems. During its five and a half years of existence, Nxt has attracted a vast and vibrant community, influenced numerous new blockchain projects and pioneered a number of blockchain features such as the fully decentralized asset exchange, shuffling, voting and prunable data.

Coded from scratch in Java - the leading programming language for financial and trading applications, and continuously developed and improved over the years, Nxt now has numerous features accessible directly in the wallet and built into the Nxt core. These smart transactions are a powerful modular toolset which allows users to choose from the most common blockchain applications and use them easily with no coding skills required.

Whether you like to tokenize your project, to do a crowdfunding, to create a poll, to buy or sell products on a decentralized marketplace or send an encrypted message, Nxt is the universal open source blockchain for you. The proof-of-stake consensus algorithm makes the platform energy efficient with low hardware requirements, and perfectly suited for private blockchain instances as well.

Sneak preview of the Triffic App for Android is released! Jelurida Africa attended a business acceleration event in Ghana; Ardor featured in an YouTube episode by Atlas; December newsletter was delivered; Ardor, Ignis and Nxt explained on Finder.com; IGNIS to be listed soon on P2PB2B exchange 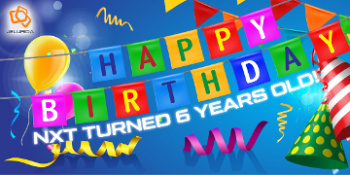 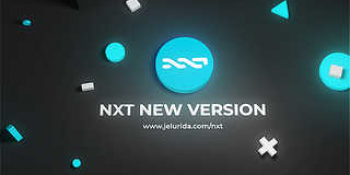 This Nxt release introduces plenty of new functionality for end users, node operators, and developers, as well as a number of performance optimizations and networking improvements. It is a mandatory upgrade for testnet, but a lot of its new features can also be used on mainnet by the more experienced users.