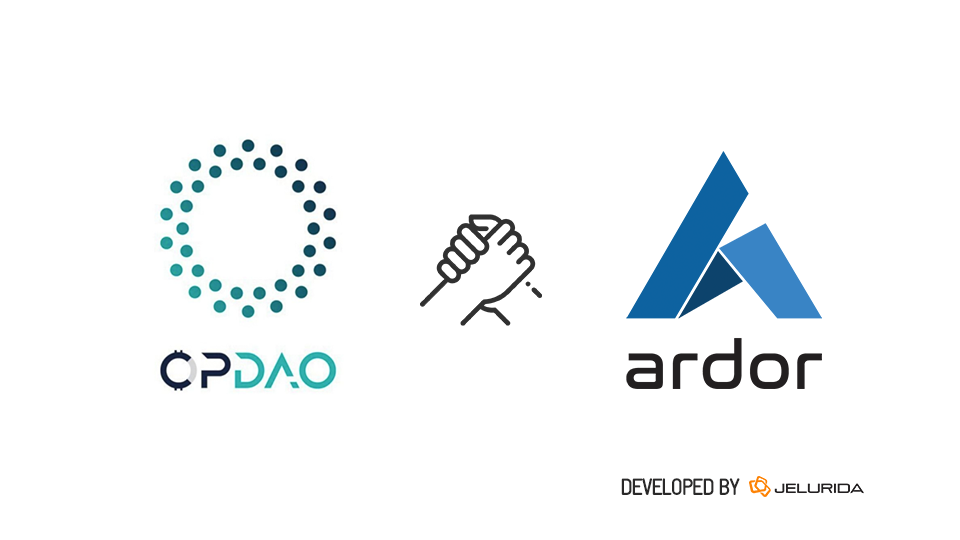 Cryptoplaza has just launched an Ardor node. Cryptoplaza is pushing a lot of blockchain initiatives and cryptocurrencies to expand the adoption and knowledge of the residents. One of these many initiatives is the CPDAO, a DAO that brings to the surface the creation of a decentralized project, profit-oriented, and the decisions are driven by blockchain technology.

One of the investments was detected thanks to Jelurida (the company behind the development of the Ardor and Nxt blockchains). The Jelurida's program rewards the nodes deployment: Node Reward Program.

As all investment decisions in a DAO, a detailed document was written explaining the costs of deploying an Ardor and Nxt node, being 5 DAIs per month, or $5 as costs from DAO's vault.

Discussion about the proposal

A constraint discussed during the proposal was having tokens in two different networks, despite Ardor features that would facilitate interoperability with the Aragon network. The cost of the development was not viable; hence it was decided not to make these two tokens interoperable.

It was voted among the members of the DAO and finally approved. The transfer of 20 DAIs was issued to cover at least four months of the VPS costs.

The Cryptoplaza Ardor node ardor.cryptoplaza.es was deployed on the 25th of May; thereafter, an Nxt instance was placed at the same server.

It was followed by the detailed guide covering how to configure an HTTPs on a standalone Ardor installation to install the nodes:

And it was as well followed all the steps that the Node Reward Program requires, which are explained in the link below:

The Cryptoplaza Ardor official account for the DAO is: ARDOR-YHR5-EQES-EHNW-3QGLU.

The members of the DAO that did not have an account yet made their first transaction and initiated their accounts. Some of them try the new development, in particular premiere for Cryptoplaza, of the new HD wallet using the hardware option to connect with a either a Ledger Nano S or a Ledger Nano X.

Due to being a DAO, one of the most important rules that must comply with, is that members have voting rights to influence the behavior and guaranteeing the non-repudiation of the votes. Once all the accounts were created, in just 5 minutes, everything needed for the DAO using two highlighted features of Ardor: Advanced conditional transactions and account control.

We start with the approval model configuration, as shown in the following caption, defining the condition that all transactions must fit when issuing a transaction from the Cryptoplaza's account. At least three members must approve a transaction to occur. 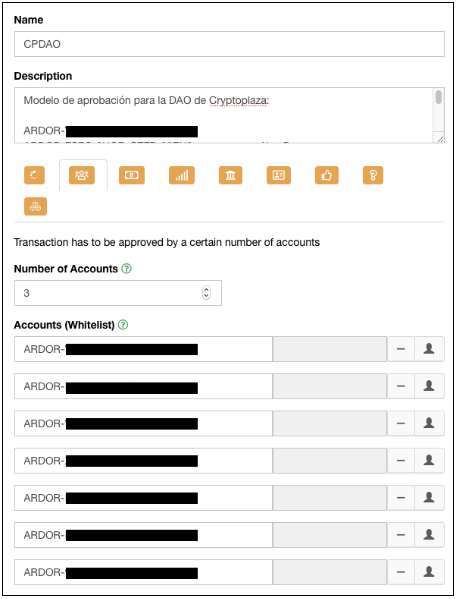 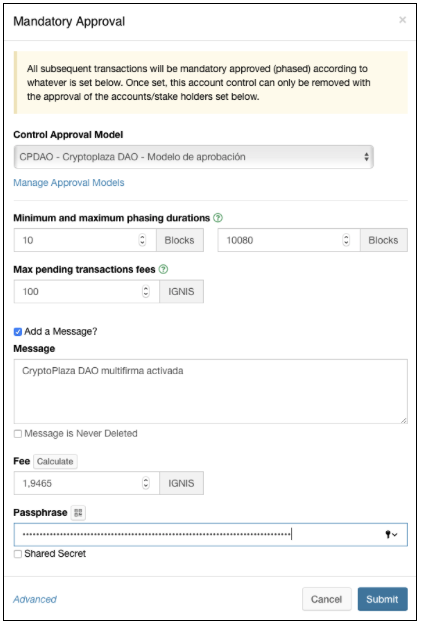 The approval model requires at least the approval of three accounts.  It prevents the risk that someone with the private key of the account goes rogue and withdraws the funds without other members' consensus. Hence at least three members must confirm that transaction to happen, resulting in that all actions are agreed by at least the defined number of accounts of the approval model.

To test it, a send 0.0001 IGNIS transaction was done to one of the DAOs members as the capture shows: 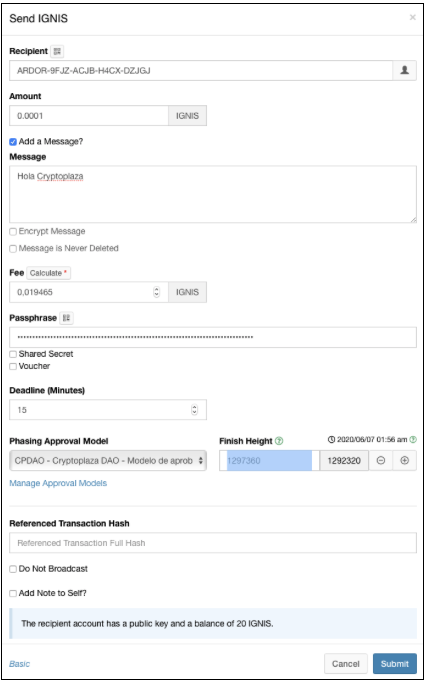 During the validation process of the transaction, it was possible to check the transaction's real-time state as the following capture showed when it was pending one remaining approval:

The transaction execution can be seen in the Arrow wallet of the Cryptoplaza's account as well as calling the Ardor API:

The parameter "approved": true shows the successful execution of the transaction.

The deployment of an archival node with the open API and participating in the Node Reward Program is a task that only needs a VPS that costs around $5 per month and very few technical resources.

The multi-signature configuration to reach the consensus of the emitted transactions is incredibly easy to configure, thanks to Ardor's built-in smart contracts as the account control and the phasing transactions.

Where next? The next goals are cost-effectiveness analysis, possibly Ardor forging (staking) to increase ROI, and shortly, we will create an asset that represents the token of Cryptoplaza to get the ecosystem more extensive.