We are thrilled to announce the publication of the Bridge Champ Launch Roadmap. Bridge Champ is the first blockchain-based gaming platform for Contract Bridge and one of Jelurida’s flagship applications on Ardor. The 2021 roadmap shows a considerable extent of developments already completed, and many more integrations and feature will be added to the project, landing to a full launch to the general public in Q4. Bridge Champ aims to address the existing market gap by providing advanced online gameplay options, such as integrating modern UI, social elements, blockchain NFTs and utility tokens, and ultimately becoming a social media for bridge players worldwide. The launch roadmap of Ardor’s Bridge Champ project has been covered in many crypto publications as Ihodl, CoinGape, ChainBits, CoinCheckup, CryptoPotato, and ZyCrypto.

Exciting news for the upcoming Triffic 2.0

Triffic App has recently shared many developments that the community can expect from the upcoming Triffic 2.0, the new robust ecosystem and open-ended platform. First, the gamification of users’ local area as a blockchain-secured NFT territory to earn rewards. Second, the introduction of the Incentive Economy, a new way for businesses and service providers to attract real local customers to their physical locations for free. Third, the possibility for any NFT owners to access to the full incentive economy listing fees that are earned within its boundaries, which is not limited to owners with the biggest budget, rather on the “first-come first-served” equal basis. Don’t miss any Triffic news, stay tuned!

Get ready for the second edition of ABDC series, presenting the Europe-Africa Blockchain Developer’s Call starting on June 28th, 2021. Jelurida Africa, in collaboration with the Africa Blockchain Institute and numerous hubs, will host a 3-month bootcamp for training selected Africans and Europeans on blockchain technology and deployment of blockchain solutions. During the bootcamp program, weekly conferences will be held on multiple blockchain use cases. The focus will be the acceleration of digitalization, as well as the development and deployment of tailored blockchain solutions for Africa and Europe, hence promoting trade relations between both continents. Therefore, the call for partners, sponsors and papers to join the program.

Lior Yaffe and Sergi Baila have been confirmed as Senior speakers at the Global Summit for Java Developers, on March 31st. At 17:55 CET, Sergi will explain the Ardor internal architecture as a blockchain Java use case, while at 18:40 CET, Lior will present a blockchain-based online gaming server implemented in Java. Book your Senior tracks ticket at 20% discount with Promo Code: 20DISCOUNT20. Don’t miss this great opportunity and join us!

On March 25th, Alberto was interviewed during the live TV session hosted by Negocios national channel about his latest article “The weight in gold of blockchain and the cryptoeconomy in 2021”, recently published on IEB report. Alberto examined the disruptive innovation in financial systems, the change in the monetary paradigm, and the blockchain industry exponential growth, as well as the challenges of the Central Bank Digital Currencies. His article got further attention and has been published by Expansion, the Spanish press media leader in economic information, and in Chinese media Cosmos News.

The ninth episode of our educational series “Ardor – 10 things you need to know” explains the Hybrid Model, one of Ardor’s powerful features that enables to deploy a permissioned child chain on top of the public permissionless platform. It allows businesses to rapidly implement their own child chain with dedicated access rules and permission system, while relying on the security of the decentralized network of the public platform. The hybrid solution provides enormous flexibility and it’s suitable for a variety of use cases where public transparency and auditability must be combined with KYC, account verification or similar requirements.

Following the functionalities added in Q1, the updated Ardor.World roadmap shows many new features that will be implemented in the next quarters of 2021. To name a few, the NFT Explorer start version, Cabinet new report types, web-push and email notifications, work speed optimization, a community telegram support program, and Ardor/Nxt ecosystem resources. Find out more about the unique services that awaits you, visit Ardor.World! 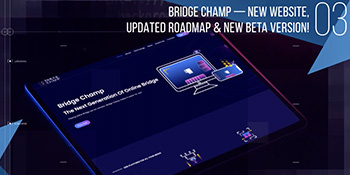 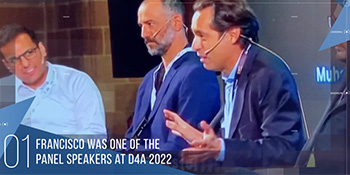 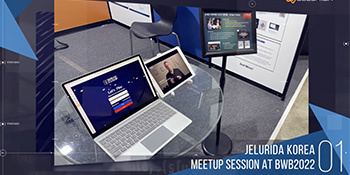