Jelurida participates in and sponsors the Proof of Stake Blockchain Expo virtual event on July 28, organized by Chaintalk. The event focuses on the examination of blockchain protocols based on the PoS consensus algorithm, reviewing its main features and advantages, with top projects presentation. Jelurida experts Lior Yaffe and Alberto Fernandez will contribute two sessions, one dedicated to Nxt and Ardor as pure PoS blockchains and the second with a detailed explanation about Proof of Stake vs Proof of Liquidity, discussing Ardor's value and economics.

Jelurida core developers have just launched a contract that monitors the health of the Ardor blockchain. All notifications are pushed to the Telegram channel created for this purpose. Receive alerts by subscribing here

Spanish Crypto Community news - CryptoPlaza covers Jelurida's decision to file a lawsuit against Apollo for license violations over the Nxt code. On July 10, lawyers representing Jelurida, the software company that developed Nxt and currently owns all rights for the software, have filed a writ of summons, providing plenty of evidence to the court about the IP rights of Jelurida over the Nxt code and detailing how the Apollo project copied and used the Nxt source code without fully complying with the Jelurida Public License (JPL).

Alberto Fernandez representing Jelurida was part of the TV show "Faces of Money" on Spanish National TV. In this documentary, several representatives from the crypto and banking community were sharing their ideas about the potential uses of cryptocurrencies and where the blockchain industry is heading.

Bitcoinist article describes how Proof of Stake evolved into the favored consensus mechanism by new crypto networks, as a more energy-efficient and secure solution compared to Proof of Work. In 2011 the concept of PoS emerged from Peercoin, but only partially implemented. It was only in 2013 with the launch of Nxt that PoS was fully tested and executed. Developed by the Jelurida team, Nxt was the first Proof of Stake blockchain. This did not prevent Algorand from making unfounded claims about creating the world's "First Pure PoS blockchain". Judge for yourself.

WSIS Forum 2020- Session 317 presented by Jelurida expert Francisco Sarrias, will take place on August 19. The session will describe how to micro-finance projects using the Ignis Blockchain as a crowdfunding platform, covering the current limitations of the traditional system. 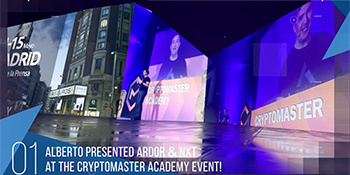 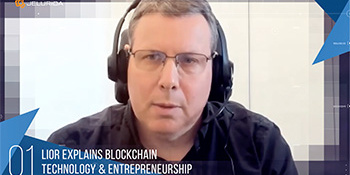 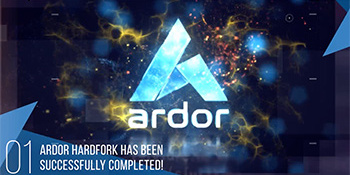