Ryacoin launches an ambitious project based on Nxt. Airdrop to NXT holders coming at block 2,110,000, expected on Nov 16.

During its existence, Nxt – designed from the beginning to expand the use of blockchain technology beyond simple transfer of value - has influenced many blockchain projects and pioneered a number of features such as fully decentralized asset exchange and shuffling, voting, prunable data.

Now, nearing its fifth birthday, the first pure PoS blockchain in the world, is continuing to assert itself as valuable and proven technology and a stable codebase for projects to build on top of. We always encourage other teams to build their applications using the Nxt public blockchain and its various features but there are also use cases which require radical core changes, and projects that wish to explore new ideas and ways to utilize the blockchain technology using Nxt as fundamental starting point.

A recent example of such project is Rya – a decentralized monetary system with variable token supply and two different types of tokens (Rya Whitepaper).

T. Gountchev – Nxt and Ardor software architect says: "Experimenting with the core consensus algorithm and varying the token supply is something unsuitable for an established technology and an already running blockchain – both because of the technical risk and because it will violate the social contract with the current token holders. That is why we could not consider such changes for Nxt itself. But we are happy to see that newly started projects are willing to adopt our blockchain creation framework, to test new exciting ideas and a different approach to further challenge the limits of blockchain technology. Our Jelurida Public License is flexible enough and can be used for projects which are not just copying the code but are making considerable changes to it."

Rya team shares: "We chose to build off Nxt because it is one of the most stable and proven blockchain protocols out there. It allowed us to focus on the economics of Rya and develop Proof of Trust, without needing to start from scratch or reinvent the "blockchain wheel"."

The Rya source code is already published under a modified version of the JPL – specifically reflecting their project's characteristics.

We also want to remind to Nxt holders to keep their NXT in their wallets in order to receive Rya tokens in the upcoming Rya airdrop. Exchanges have not announced support for the airdrop, therefore users keeping their NXT in exchange accounts will not receive Rya tokens. The Rya team will be giving away 40% of their initial token supply to NXT holders. The snapshot will happen at block 2 110 000, expected to occur on November 16 (bitcointalk announcement). 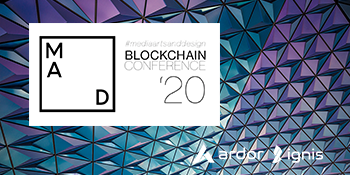 We live in a digital world. The media industry includes a wide range of professionals and companies dedicated to the production of digital products, from creative and artistic works to games, which also includes using gamification in industries like education or environment. When talking about assets that live in the digital world, we see a significant number of implementations of blockchain technology. Very often, these are not included in specialized blockchain conferences, which tend to give more attention to finance, logistics, and other business implementations. 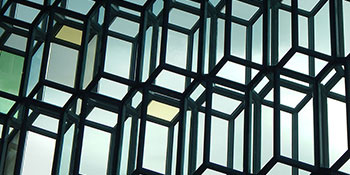 Businesses have to continually evolve with the market, deal with technological disruptions from time to time, and adapt quickly to the circumstances around them. How do companies deal with the complexity of blockchain technology, and what can help them overcome the obstacles of its adoption in difficult times? Jelurida has an answer to these questions. The answer is Ardor and we explain to you why. 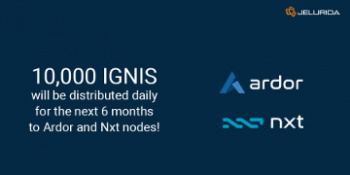 We are excited to announce the new node reward program for both Ardor and Nxt! All users running full nodes will have the chance to win IGNIS tokens. 10000 IGNIS (5000 for Ardor node runners and 5000 for Nxt node running users) will be distributed daily!

Find me another team that has delivered more proof-of-actual-work than @Jelurida with @ArdorPlatform
Ryan, get them on board please. https://t.co/J1CPPPk1EY pic.twitter.com/ubyxzm5vtY

I just went out for a walk, just after dinner. Walked 1 hour and on my path I claimed all #Triffic beacons.
Total rewards 270 $GPS.
Free crypto currencies were never this easy to get.https://t.co/XHHtzUA3iE Download the Beta now! pic.twitter.com/KPK1AbxAeg

To set things straight #Ardor and #Ignis are the true successors of #Nxt being developed by the same team and IP holders while #Waves is a copycat project like dozens of other Nxt clones and copycats.

With 15+ built-in features and #Lightweight #smartcontracts, #Ignis is your #blockchain destination! See how others are using our technology to make their projects a reality! #GalleryDefender #seriousgame #gamificationhttps://t.co/4f7tGffupq pic.twitter.com/MiILckeu1g

Find me another team that has delivered more proof-of-actual-work than @Jelurida with @ArdorPlatform
Ryan, get them on board please. https://t.co/J1CPPPk1EY pic.twitter.com/ubyxzm5vtY

I just went out for a walk, just after dinner. Walked 1 hour and on my path I claimed all #Triffic beacons.
Total rewards 270 $GPS.
Free crypto currencies were never this easy to get.https://t.co/XHHtzUA3iE Download the Beta now! pic.twitter.com/KPK1AbxAeg