Jelurida released Ardor v2.2.6 this week as a required update for testnet and recommended update for mainnet. In addition to a series of UI and process management improvements and bug fixes, some new features were released (testnet only at this time). One important such change is the ability to set up account control with zero max fees, which completely removes the risk that an attacker who obtains the passphrase of an account placed under account control may slowly waste its funds on fees. Learn more and download the upgrade today.

Portugal's WebSummit 2019 was a major hit with more than 70,000 participants over the course of the 3-day event and dozens upon dozens of interested individuals stopping by the Jelurida booth. Veronica, Francisco, and Rafael were working nonstop demonstrating Ardor's robust features and establishing new business connections.

Building capacity around blockchain technology is essential for mainstream adoption. No one has been more committed to the expansion of access to educational initiatives on this topic than Jelurida Africa's Adedayo Adebajo. Beginning November 9th, he is participating as a core educator during the Africa Blockchain Initiative's Blockchain Certification course at the Ghana Tech Lab in Accra. And on Nov 16, Etienne Okeke, blockchain developer at Jelurida Africa, will speak at the Blockchain Innovations and Investments Meetup in Lagos.

The long-awaited release of Ardor's integration with Ledger hardware wallets has entered its final stage. Listing application of the Ardor app was submitted for review by the Ledger team. Upon release, your Ledger will be able to support BIP32 login, address validation, transaction signing, message encryption and much much more.

One of the most highly anticipated conferences of the year is coming up next week in Malaga, Spain - the Global Blockchain Congress's Convergence event from November 11-13. Jelurida will be in attendance with a full booth and live demos to show off the maturity of Ardor's technology after an incredibly productive year of development.

The same week Veronica, Anna, Lior and Petko will be in Signapore attending the Fintech Festiva, Blockshow Asia and The Capital (Coinmarketcap's global conference).

Imagine if event organizers could easily license photos and video from attendees of their events? Mobs Video released a brief video showing how their technology takes photo inputs and automatically generates a video that can be licensed by event organizers by rewarding the attendees with tokens. The concept is being built on Ardor. 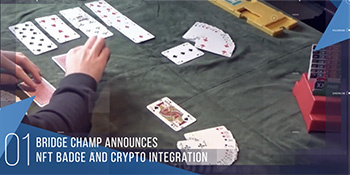 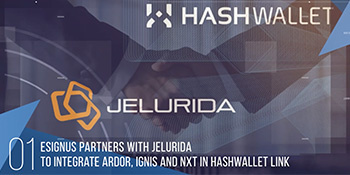 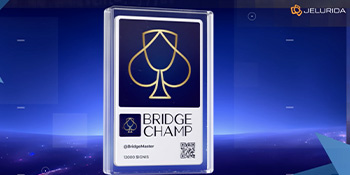 Bridge Champ - NFT badges and crypto rewards will be available soon; Francisco joined the TechSpirit 2022 conference in Barcelona; What is Ardor? Learn more on the 7b article; Lior comments on ECB's statement: "Bitcoin Is on the Road to Irrelevance"; US Ardor community: You can purchase ARDR on Guardarian!; Francisco panel speaker at D4A 2022 - Watch the video