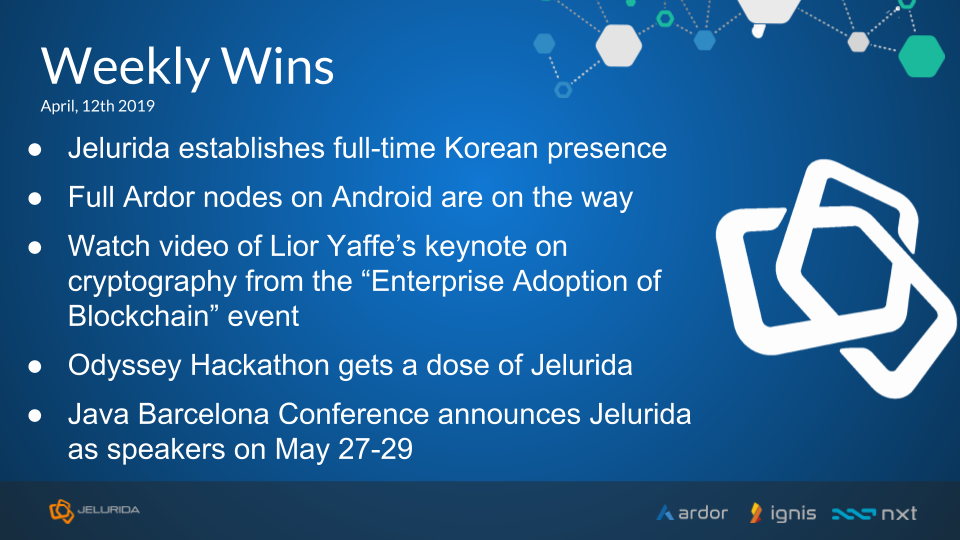 Jelurida's commitment to its Korean community continues to grow. The company is thrilled to announce Cheoleung Kim, aka ArdorBaby, is going to join the team to establish a permanent presence in South Korea. This engagement builds on the progress from Jelurida's recently announced partnership with Korean marketing firm, Creatip.

Full Ardor nodes on Android are on the way

Get ready to unlock a whole series of new IoT use cases with the Ardor platform. Recent roadmap updates included a commitment to releasing full nodes on the Ardor platform available before end of year. This week, users got a sneak peek of the progress on twitter. Keep an eye out for an announcement soon.

Privacy concerns remain one of the key barriers to entry for businesses looking to utilize the public blockchain – but that's quickly changing. In this video, Lior Yaffe breaks down 3 promising cryptographic technologies set to unlock new use cases. With a dose of humor and relatable examples, this presentation makes complex topics like multi-party computation, fully homomorphic encryption, and zero knowledge proofs accessible to anyone.

Odyssey Hackathon gets a dose of Jelurida

Valerii Makieienko, developer at Jelurida, is working on the Dutch Chamber of Commerce's autonomous digital identity project at the largest blockchain hackathon of 2019, Odyssey Hackathon in Groningen, The Netherlands. Lior Yaffe also shared his thoughts on his participation in the recent Good Dollar Hackathon, where his team won the grand prize for a solution to incentivize healthy lifestyles in individuals at high-risk of developing diabetes.

Java Barcelona Conference announces Jelurida as speakers on May 27-29

The first public blockchain coded from scratch in Java with a stateless smart contract framework is finally getting the audience it deserves. Hot on the heels of a successful Java meetup in Madrid, Jelurida's Lior Yaffe and Alberto Fernandez have been announced as speakers at the upcoming Java Barcelona Conference on May 27-29. 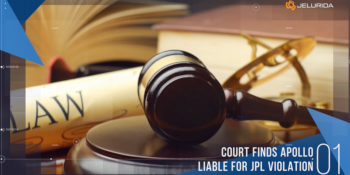