Blockshow Asia was planned as a major event for the Jelurida team - and it paid off with a full interview of Lior Yaffe highlighting Ardor's multichain blockchain technology. Learn more about why Lior joined the industry and the core innovations occurring at Jelurida by watching the interview now!

Jelurida signed a new agreement for marketing and PR support services in 2020 from MarketAcross, who many community members will recognize as one of the core agencies behind Jelurida's initial marketing push in early 2018. More details will be announced soon but you can expect press releases and article placements to ramp up in the new year thanks to this renewed relationship.

Call for submissions for Drexel's Blockchain in Media, Art and Design Conference

Drexel University is hosting a Blockchain in Media, Art and Design Conference on May 2-3, 2020 supported by MIT and Texas A&M. The conference is being organized by Alexander Pfeiffer, a well-regarded academic within our community, and anyone working on Ardor and Ignis is encouraged to submit a proposal for a speaking slot before February 15th!

Forging is the key to the Ardor platform's proof of stake security. However, even with the ease of setting up a full node on your Android device, some people prefer not to manage this process at all and would still like to see some benefit for participating in the network. Forging pools allow multiple users to assign the "forging value" of their tokens to one account so that only one person needs to keep a node online. Another advantage is that the combined value of these tokens increases the chances of this account forging a block and receiving transaction fees. Korean community member zeusPSK set up a short tutorial on how to join the Korean mining pool.

Tarasca made headlines earlier this year with its inclusion in the ITU reports as an example of a digital collector's item. Now, the artwork and trading cards of Tarasca are coming to life in a digital card game that is entering testing on Tabletopia. Join the tests by following their twitter page and reviewing the instructions for participation!

While at Blockshow Asia, Lior received a second interview request from AllTheCryptoNews.com and gladly obliged by providing another overview of Ardor's key innovations. Watch the full video today to learn what Jelurida's co-founder had to say as 2020 comes to a close.

Triffic's revolutionary approach to loyalty points and gamified GPS navigation has been attracting the attention of diverse audiences - many of whom wish to know how they can participate in the early beta testing of the application. Korean community member zeusPSK put together a quick Korean tutorial showing you how to sign up! 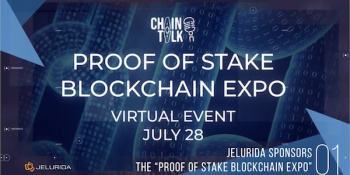